As I mentioned in our last gallery post, for our #16Days of blogs on #VAWG, we asked one of Bristol Woman’s photographers, Sophie Merlo to capture some of the many forms of domestic violence.

Domestic abuse does not always have to be violent – there are many different types of domestic abuse, including emotional, psychological, physical, sexual and financial abuse. Many abusers behave in ways that include more than one type of domestic violence and the boundaries between these behaviours can often be blurry. 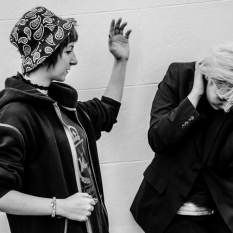 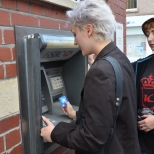 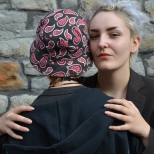 One of our aims of the #16Days blog posts is to demonstrate that domestic violence is still common in the UK and not something that you think necessarily happens to the “woman next door”. Domestic violence transcends stereotypes and so, we bring you another small collection from Sophie’s shoot to highlight that violence doesn’t always come from the places or people that you might stereotypically expect – it can happen to anyone.

In Bristol alone,  14,273 women and girls aged 16-59 are estimated to have been a victim of domestic abuse in 2013 and 68,800 women in Bristol are likely to experience domestic violence in their lifetime. These figures are shocking, and as part of the #16Days, we ask for you to #riseup, share and trigger action to make our fellow citizens aware of the extent of domestic abuse so that we can aim to eradicate this within a generation. #playyourpart to end violence against women.