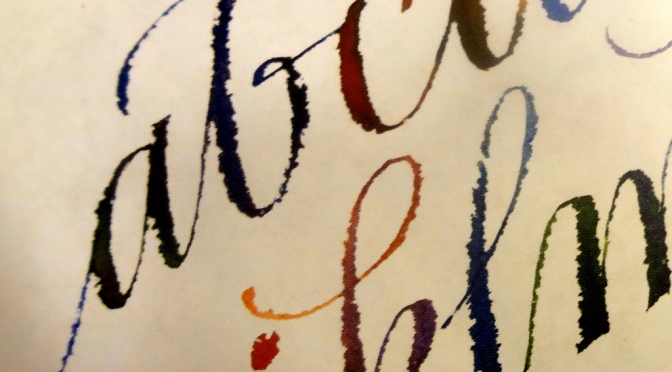 I’ve spent the afternoon trawling through social media and news reports to find a topic to write about in this week’s letter. One that is unique. That would grab your attention and hold it. Because, unsurprisingly, just like you I get bored reading the same thing over and over again, even if it is merely worded a little bit differently.
And then I read several articles about Lionel Shriver and her keynote speech at the Brisbane Writers Festival with opposing viewpoints. Her speech was fundamentally about cultural appropriation and how anyone can tell anyone’s story. Or as Yassmin Abdel-Magied viewed it, exploiting the stories of ‘others’ so your story was better.

I read Lionel’s speech first and as a writer, in places, I agreed. Yes, she was a little harsh and condescending, but she clearly felt very passionately about what she was saying. Writers make their characters up, and they do an enormous amount of research about them and their lives, therefore shouldn’t they be able to use those characters as they want and allow them, almost like puppets on a string, to tell whatever story they want? I agree that we live in a world that at times is a little to politically correct. And also one where we can all be accused of being a little too sensitive. Heck, feminists are constantly be branded moaning, man-hating women, it doesn’t mean we all are and many don’t care if that’s how they are described, they only give a damn if the point they are trying to make is diluted because of that assumption. But do writers always portray feminists like that? No. Well, not always.

Then I read Yassmin’s response and also agreed, in places. She talks about how white privilege means writers can tell stories that don’t belong to them and exploit the people that they are about, who would never have a chance to be heard themselves. She has a point. It’s not always fair for writers to put themselves in places that they have no first hand knowledge just to make their story better. Yes, yes there is always a danger that the place and the person in the story may be misrepresented. I get that. But then isn’t it a good thing that their plight is being told at all? That their suffering is shared for all to see and help change? Are the white then not using their privilege to help the people they write about and raise awareness of their plights? I mean, could having men scream out loud about being feminists, for example, aid the cause somehow? If only to start a healthy debate about what the term ‘feminist’ actually means.

I know many of the people and stories referred to in both Lionel’s speech and Yassmin’s response are about deeper and darker and more serious things than feminism, although some may argue they are on a par with it as it’s the most important thing to them, but what comes across in all of this, one again, is ownership, identity and how people feel passionate that they own these things and they are not for others to guess and use to their advantage. Do wires become crossed when writing about something you’ve no experience of? Do beliefs become watered down, almost as though writing about something you haven’t lived through changes it via a process of Chinese whispers?

It’s clear Lionel Shiver has contempt for identity politics, but she’s right that without some writers focusing on lives they haven’t experienced we wouldn’t have some undoubtedly awesome works of fiction. Storytelling is such a huge tradition in all cultures and sharing stories and writing about what interests you, even if you haven’t first hand experience of it, should, in my opinion, be encouraged. Writers are not trying to steal your lives or your identity. And yes I believe they should only write about something after careful research and then with sensitivity.

But they likewise should use the phrase ‘as a writer,’ to justify this. I get cross when asked to comment on something ‘as a woman.’ Can I not answer as a person? As a human being? For is that not what we all are?

If you have a story to tell, shout loud. If someone else inaccurately tells it then shout even louder.

Diversity makes the world a beautiful place. Learning through fiction or escaping into a different world is magical.

Don’t stifle writers by holding onto your story so tightly it can never be heard.

If you have a story you’d like to tell wrote to me at Jen.faulkner@bristolwoman.org.uk